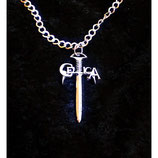 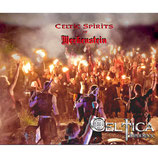 1. Celtic Spirits [ The opener as well for the live performances (as soon as they will take place again...) and of course also for the album. Like an overture the various styles of the album get introduced in the 1st title and make it really multifaceted. It is also the 1st appearance of the massive choirs of the Village Voices on this album... ]

2. Jigging on the Rocks [ A more folkish tune, especially the whistle at the beginning, easy and fiery played by Ernesto, paints pictures of Ireland; The video was filmed at Gran Canaria in December 2019. We used a cancelled gig, for which we already had booked the plane tickets, for a video shooting at Rogue Nublo. ]

3. Old Man of Storr [ The Old Man of Storr is a rock-formation on the Isle of Skye. The music tries to catch the mood at sunset, when you can look far across the Atlantic to the West. A guitar solo in Pink Floyd-style seemed the appropiate sound. The bagpipes play slightly different melodies in harmonies, you can hear this best towards the end. ]

4. Back to the River [ The title stands for the return to the river of life after the Corona-shutdown, when cheerful celebrating with music and dancing will be possible again without masks and social distancing... ]

5. 1770 - Birth of a Giant (Moonlight sonata, 5th and 9th symphony) [ As this year it is Ludwig van Beethoven's 250th birthday, I had the idea to these 3 masterpieces for Celtica. Such a bummer, that Mr. Beethoven did not care at all about playability on bagpipes when he made these compositions. This, indeed, puzzled me quite a while ;-) ]

6. The Rockin' Irish Duelt [ No typo! We simply didn't agree, if these tunes are more a duet of whistle and guitar, or rather a duel - and so we just called it "Duelt".... One of the very few advantages of the Corona-crisis seems to be, that Ernesto and I have now more time to practice our parts- it is a pretty wild ride..... ;-) ]

7. When the Crown dazed the World [ Crown stands for Corona. The short, but entire stop in the middle of the piece and the very slow beginning after that symbolise the troublesome restart after the Corona-shutdown. ]

8. Ferrum Noricum [ Duncans 1st Celtica-Composition! Already in March 2019 he played the intro and verse to me, and I added the other parts, e.g. the chorus. The song title and the recurring metal-noises represent the, by the Celts forged swords, which were the hardest at these times. Even the Romans were keen to buy such swords. ]

9. All Clans United [ The musical theme, which is played by various instruments in changing keys, symbolises the Celtic Spirit, which is lived by each clan in its own way, but still connects all. Again, in the chorus 2 complementary bagpipe-voices... ]

10. Granuaile [ A tribute to the Irish "Pirate-Princess" Grace O'Malley, called Granuaile, 1530-1603, who gave the Royal British Navy a hard time - absolutely outstanding for a woman at this time. This is her famous quote; "Woman, who behave, rarely make history" ]

11. Time to Rise [ The "hardest rocking" track of the album, but also with ritually chants, which symbolise the solemly atmosphere before a hard, dangerous task, followed by the martial battlecry of those who have to fight, and a distant oriental female voice, maybe the lover, who is in her heart with the warrior.... ]

12. Atholl Highlanders [ We have recorded this tune already on our 1st album Rising in 2009, and in 2018, after a long break, we played it with an improved arrangement again at our live shows. It is such a great composition with the orchestral sound - enough reason to have it on an album again after 10 years! Besides that, we made also a little Celtica-Homeoffice-Corona-Video .... ;-) ]

13. Healing Tune ( For Peter, †Jan. 25th 2020) [ Peter turned over the years from a fan, to a friend. In January he had to go to the hospital, where due to unexpected complications, the situation suddenly got dramatic. Till the very end he listened to the music of Celtica. When I heard about it, I immediately sent his relatives the just recorded Healing Tune, which obviously did comfort him. Against the doctors prognosis he survived another night, and I could even say Goodbye to him on the phone... ] 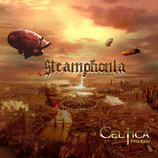 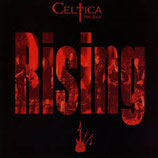 9. A Renwick's Ferret / the Pumpkin's Fancy

12. Thunderstruck / It's a Long Way to the Top / Highway to Hell